Testimony of our baby’s healing
By Ben & Christine Gloyne 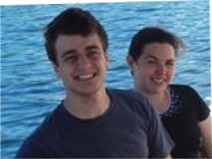 Our baby daughter Annaliese was born on the 6th of January. She had a tongue tie which meant she had trouble feeding. Even though part of the tongue tie was cut a few days after her birth, she still wasn’t feeding well and couldn’t lift her tongue. A lactation consultant examined Annaliese and discovered that she had a posteria tongue tie. We were told that she would require additional surgery to fix it. As soon as we found out that Annaliese needed surgery, we prayed that when the dental surgeon went to operate, that he wouldn’t find the tongue tie. A week from that prayer, Christine took Annaliese into the hospital for her surgery. The dental surgeon went to operate and said to Christine that there was no tongue tie to such an extent that he would be cutting her tongue if he did cut anything (tongue tie is due to excess skin). Also on the same day that Christine took her in for surgery, a sister who goes to the same fellowship, Julie Hazeldine was praying for Annaliese and read in St Mark where it says ‘And straightway his ears were opened, and the string of his tongue was loosed, and he spake plain‘ (Mark 7: 35). On top of this, Annaliese is feeding well and is growing healthy and strong so we really praise our Lord Jesus for undertaking for our little one.