My Testimony
By Melanie Ruegg 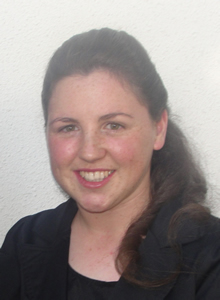 Growing up in a Christian family I always knew about the Lord but decided at quite a young age that I would not give my life to the Lord unless He called me first. This did not happen until I was nine but I know without a doubt it was the  Lord that called me and put a conviction in my heart I never had before. It was the night of the 15th of June when I read a story of a young child giving their heart to the Lord and knowing that was the most important thing in this life. I can hardly remember the story nor the book but I remember after finishing it I came under conviction. The smallest thing I had done wrong now looked so evil! Although I knew I should give my life to the Lord, I waited and just went to bed with this strong conviction still burning in my heart!

The next afternoon my sister Christine and I and a few of the younger children were singing a few songs and having a bit of a bible study. While we were singing the same conviction came pounding in my heart again. This time I told Christine about it and she told me to tell Mum which I did and prayed with her and asked the Lord in my heart. Three days later I was to be baptised. I was feeling a bit nervous about it at first but as I came out of the water all the people were forgotten and all I can remember is the presence of the Lord so strong, it caused me to raise my hands and praise Him! It was a day I can never forget! 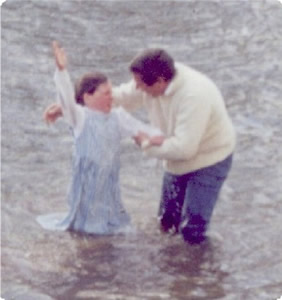 After a few months I realized I needed the Holy Ghost. I would often spend time praying and seeking the Lord for His Holy Spirit although I didn’t fully understand what it was I just knew I needed it! At times I would get impatient and try and replace it with a feeling but of course it did not satisfy.

As I got older the desperation for the Holy Spirit faded and I went along, just living the way I should but without the joy of the Lord. What is life without the Lord?! At times I got so frustrated, I even remember telling Mum how when I pray I feel as if I’m talking to a wall. I was really low and ready to throw it all away but somehow I just couldn’t. The Lord by His keeping power kept me and I know He has had His hand on my life always!

Soon after this my sister Elanah came in my room and was talking to Christine about how frustrated she was that she’d never felt God. Christine with no hesitation said “We can change that right now” and began praying. I was on the other side of the room, not paying too much attention, just doing my own thing when the power of God came down and fell on Christine and she began speaking in an unknown language (something I’d never heard before). This woke me up and within seconds I was down on my knees crying out desperately for the Lord! After a while the devil came and started putting thoughts in my head that ‘this night will end like every other time you sought the Lord, You’ll come away empty’. But somehow I knew this night would be different and said ‘I’m not giving up’! Still he (Satan) came again with other lies and that’s when I realized what I needed to do is rebuke him! This was the biggest battle of my life because since I was young without really realizing I had a fear of rebuking Satan because I always felt if I did the same would happen to me as did the Sons of Sceva in Acts 19. I did not feel I had the authority to. It was a real struggle but somehow I knew in order to receive the Holy Spirit, first I must stand against and rebuke the devil. It was a big battle for me to just openly rebuke the devil and every thought of how stupid I would look and every reason of why not to came. But somehow I just started saying ‘Satan in the name of Jesus Christ get behind me’! That’s when the Holy Spirit took over and I was filled with such a joy and spent the next two hours or so rejoicing and praising the Lord with my sisters! And since that day ( October 30, 2007) the Lord has been so real to me, and the joy of the Lord has been my strength! I still have many battles and I am far from perfect but I know the work that He began in me He will finish!!

After that time Christine and I started praying together and often the Lord would come down and manifest Himself to us and we saw some wonderful results! Praise the Lord!

He is still the same yesterday, today and forever and if we seek Him with all our hearts, He will still answer!