My testimony of God’s grace
By Emma Chapman 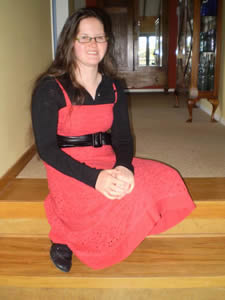 On the 27th of October, we had a really lovely Tuesday night meeting. I remember many of us brothers and sisters prayed for prayer requests, and I remember praying for loved ones. It was the first time in a long time that I really believed and had faith in God that He would perform a miracle in their lives. But on that night, I really believe that God performed a miracle in my life. We were praising the Lord towards the end of the meeting, and I really felt His presence with us. Since I had come back to Him for good, I had been seeking His Holy Spirit. I have been blessed enough to have many touches by the Holy Spirit in my life, but it wasn’t until this night I really felt the Holy Spirit come in for good. I can’t explain how I felt, but somehow I just felt His Spirit just flood through me. It’s an experience with Him I will never forget. For the last few weeks of school, I really felt that I did not belong in this world anymore, and had little tolerance for worldly things. I am eternally grateful to Him for all He has done in my life, and all that He is going to do! Even though I still make mistakes, as we all do, now I know His grace and mercy is sufficient, and that He will never let go of me.

God bless anyone who reads this, and may you have a closer walk with Him,