Home > Bronwyn Ruegg How I received the Holy Ghost

My Personal Testimony
By Bronwyn Ruegg 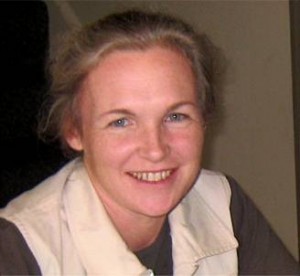 For a long time I had known that something was lacking in my spiritual life and although I had been baptized in the name of the Lord Jesus Christ for ten years, I still had doubts about whether I had the Holy Spirit as promised in Acts 2:38.

Noticing my need for a deeper experience sent me forward for prayer on several occasions, but always with the same result: I felt that I never could break through. In the last six months my desperation was especially increased as I saw other brothers and sisters praising the Lord and being blessed as they felt the presence of the Holy Spirit.

Finally on Sunday 27 July 1986, as the meeting was coming to a close and the brothers and sisters were worshipping the Lord, the reality of God in peoples lives and the testimonies I had heard of other Christians upset me so much that I couldn’t take any more so I left the room. A few minutes later Albert, (my husband) came out and asked me what was wrong. I cried and said that the song he wrote “It’s the grace I see that brings tears to my eyes” is different to me. To me it was “It’s the grace I don’t see that brought tears to my eyes.” He then encouraged me and brought me back into the room where the meeting was.

The brothers and sisters stood round and prayed for me. There seemed to be a general feeling that it was something from back in my childhood that was my problem, but again when praying was over, I still had that feeling of emptiness as before. Prior to this, Albert and I had prayed together, that I might be able to see myself as the Lord saw me, because I often had feelings of pride that I had never done anything very wrong in my life.

The next morning as I was doing the dishes, I was thinking of my situation and wondering what the problem was, when I remembered something I had done in my childhood, and although I had prayed for forgiveness I had never confessed it. So I asked Albert if he thought confessing things to the Lord is enough, as of course, I would rather not tell anyone about it, but he said that some things we need to confess to men. He then encouraged me to confess what I had done and I had quite a battle with my pride, but with the Lord helping me, I did confess all.

We then read in the Scripture I John, 1:9 “If we confess our sins, He is faithful and just to forgive us our sins and to cleanse us from all unrighteousness”.

At this moment my eyes were opened and I could see that before the Lord I stood as a sinner, in the same position as a murderer and I desperately needed a Saviour. We then went on our knees and I cried for forgiveness.

I then suddenly felt something about the size of a tennis ball leaving me and immediately I was flooded with a beautiful, indescribable peace which I know was the Holy Spirit.

Praise the Lord that peace is still in my heart and will be forever. I now can really sing songs like “I’m so happy and here’s the reason why, Jesus took my burdens all away”, and really know what it means. I am so grateful to the Lord for His wonderful love and grace upon my life.

May this testimony be an encouragement to you.

Your sister in Christ